Diet Is the Difference

Tammy Florczak had been doing CrossFit for five years. But at just 5 foot 3, she still weighed 390 lb.

“I was going to the gym and felt stronger and fitter, but I was still eating like crap all the time,” said Florczak, who trains at CrossFit Carbon in Vernon Hills, Illinois.

“I started to feel my own mortality,” said Florczak, 47. She noted that her mother also has Type 2 diabetes as well as high blood pressure and cholesterol.

“I have seen relatives die at early ages … and I don’t want to end up like that.” 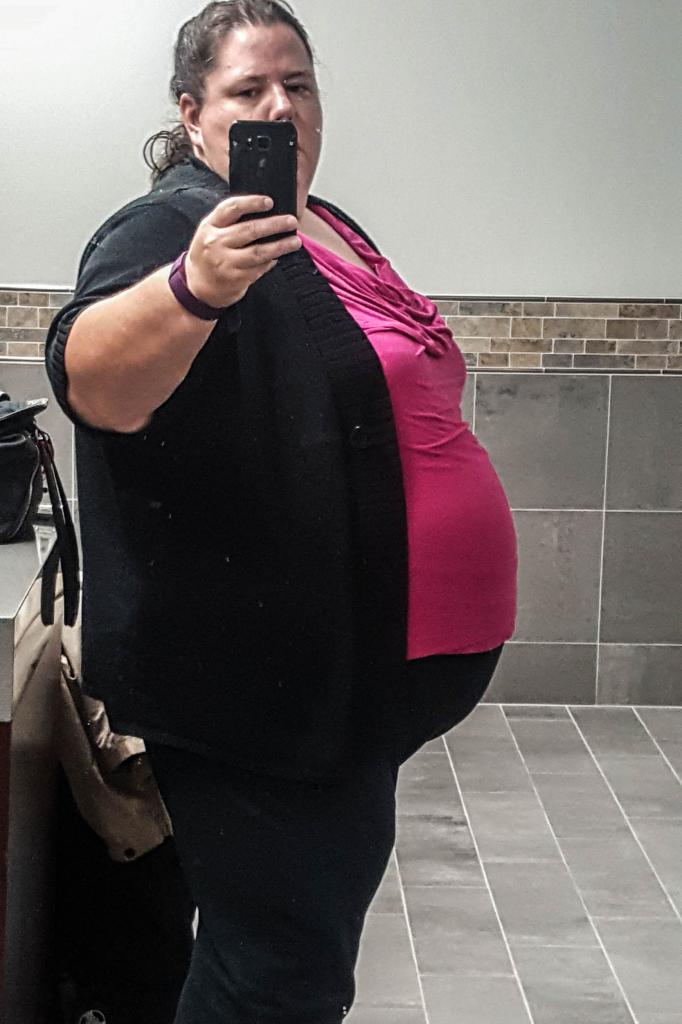 An A1C reading over 6.5 percent signals diabetes. Today, Florczak’s A1C levels have decreased to 6.1 percent, meaning her blood glucose is in the prediabetic range. Normal levels are below 5.7 percent.

Florczak’s fasting blood-glucose levels—measurements taken before meals—have also decreased. Before she changed her diet, they hovered between 130 and 140 mg/dL. Now they range from 97 to 116 (less than 100 mg/dL is considered normal).

But it’s not just her numbers that have improved. Florczak said that before she changed her diet, everyday tasks were challenging. Her knees hurt when she walked, and she got out of breath putting her shoes on. Now, she can walk without pain, and getting ready for work in the morning is also easier, she said.

“My feet aren’t swollen anymore so it’s easier to put on shoes,” she said.

Florczak added: “I have gotten a lot of my mobility back already.”

At her heaviest, she had trouble getting on the rower “because my knees would crack,” she said. “Now I can get onto the machine and row with intensity.”

She has also moved from a 24-inch box to a 20-inch box for modified push-ups and burpees.

Florczak credits the improvements to Brady’s nutrition coaching. The most significant change so far: eliminating sugar and processed foods.

“I used to eat a lot of sweets, especially cakes and cookies,” she said.

Florczak said her coach’s focus on overall health as opposed to the scale helped her stick with the plan.

“I tried so many different diets on the market: SlimFast, Jenny Craig, Weight Watchers,” she said. “Every other coach I worked with always put the focus on my weight loss, but with Mike, what resonates with me is how he’s focusing on bringing down my blood sugar and blood pressure.”

Providing a safe environment for her to be 100 percent honest with him has been another key, Florczak added.

“I actually was scared to admit to him the first time I screwed up with my diet, but I knew if I didn’t admit it to him then he wouldn’t be able to help me,” she said. “When I told him what I did, he said, ‘OK, let’s move on from there.’ There was no judgment on his part. He told me there are going to be setbacks and the important thing is just to keep moving forward.”

Brady understands how difficult the transformation is for his client but said that’s what makes it so rewarding for them both.

“It’s easy to train a kid with all the natural athletic ability and no fear of trying new things,” he said. “It takes patience and commitment to work with clients that are in situations like Tammy. That’s my favorite part of being a CrossFit coach: We have the unique opportunity to save lives.” 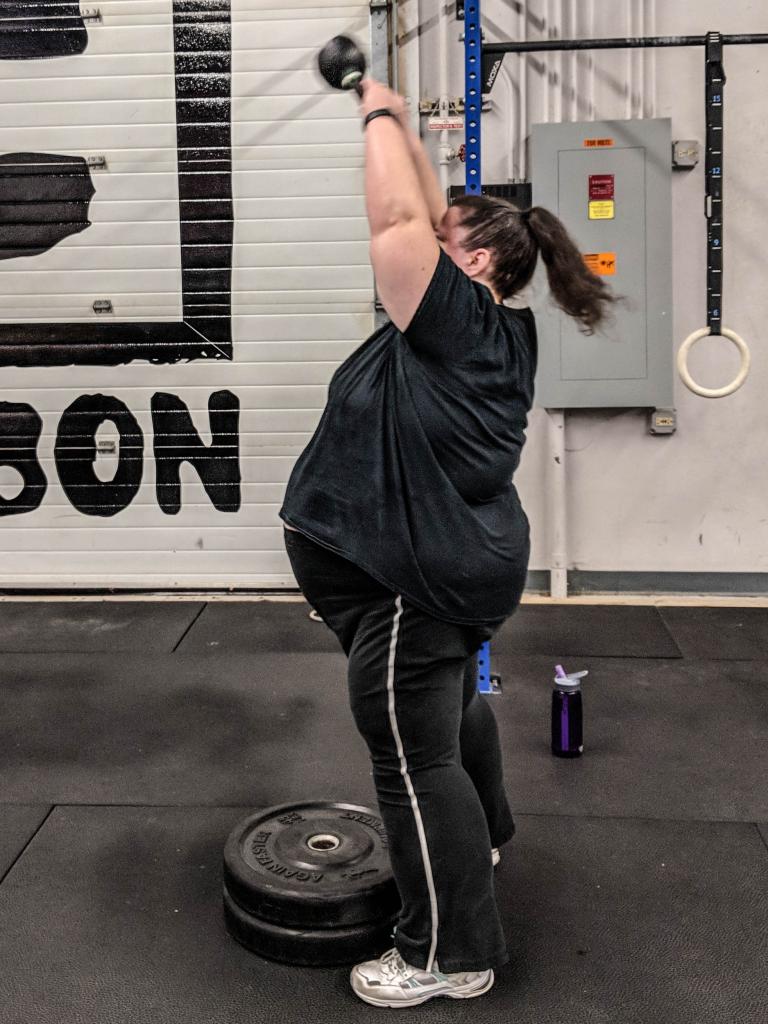 Florczak dropped 45 lb. in five months after adjusting her nutrition to complement her work in the gym. (Courtesy of Tammy Florczak)

“Food is her addiction and her safe space,” Brady said. “When she is stressed, depressed, disappointed or frustrated, she goes to food as her escape.”

In those moments, Brady takes care to provide emotional support in addition to nutritional guidance.

“I always make a point to let her know that she deserves to be healthy and is capable of winning this fight,” he said.

Florczak said she feels like her life is being saved, and she has embraced the fact that it’s going to be a long journey with many hurdles. But her goals—among them to get off all her medications, compete as a powerlifter at a body weight of around 160 lb. and start her own farm—make the effort worthwhile.

“This is just the start of this journey for me,” she said.

And despite her past failed attempts to make lasting change, Florczak said she’s confident this time it will stick.

“I know I’ll be able to stay on this journey,” she said. “I know I’m on the right track, and as long as I keep dialing in the changes and doing what Mike is telling me, I know I’m going to continue to succeed.” 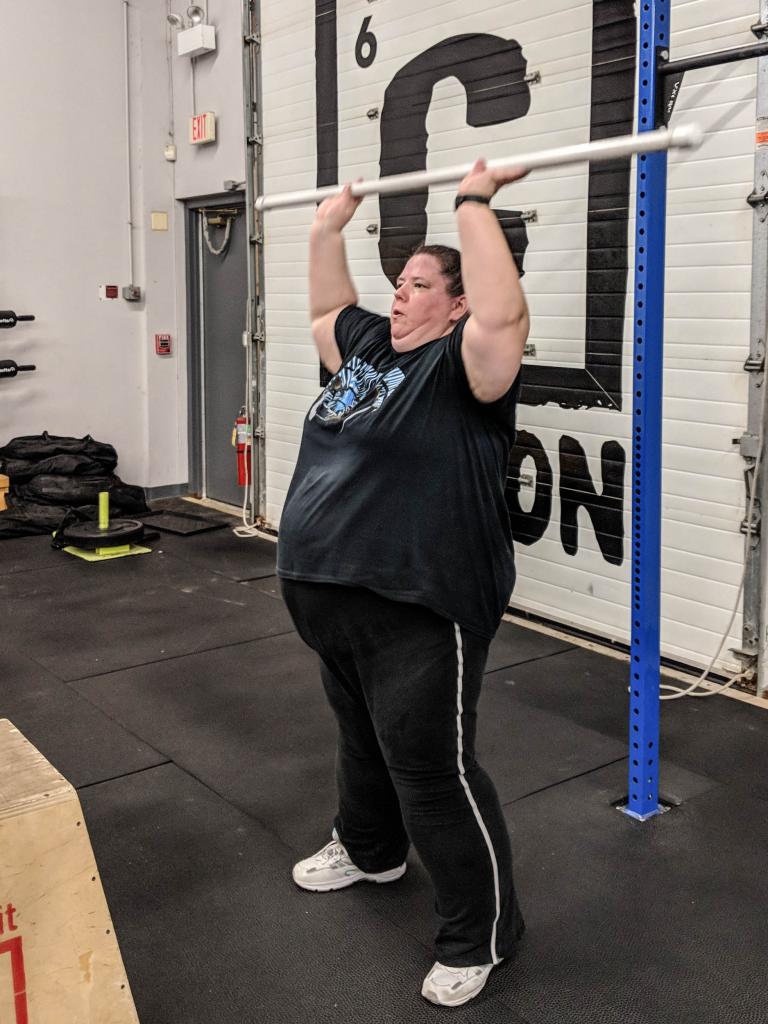 “Nobody is beyond CrossFit. You can always modify the movements.” —Tammy Florczak (Courtesy of Tammy Florczak)

Florczak hopes her story will inspire others looking to lose weight and regain their health, and her message to people who are overweight or intimidated by CrossFit is simple:

“Just try it,” she said. “You will feel empowered and strong, and you’ll have the support of the CrossFit community behind you—and that makes you feel even better.”

She added: “Nobody is beyond CrossFit. You can always modify the movements. If I started doing it at 390 pounds, literally anyone can do it.”

This article is not intended to be a substitute for professional medical advice, diagnosis, or treatment and does not constitute medical or other professional advice.

About the Author: Emily Beers is a CrossFit Journal contributor and coach at CrossFit Vancouver. She finished 37th at the 2014 Reebok CrossFit Games.